Oxygen-transparent is a modification of KDE Oxygen-style to add cool transparency. It was supposed to be merged to KDE 4.6, but the idea has been dropped due to issues with the theme. However, it can be installed in KDE 4.5 and 4.6 currently. I am using KDE 4.5 in Fedora 14 and here is how I got it installed. 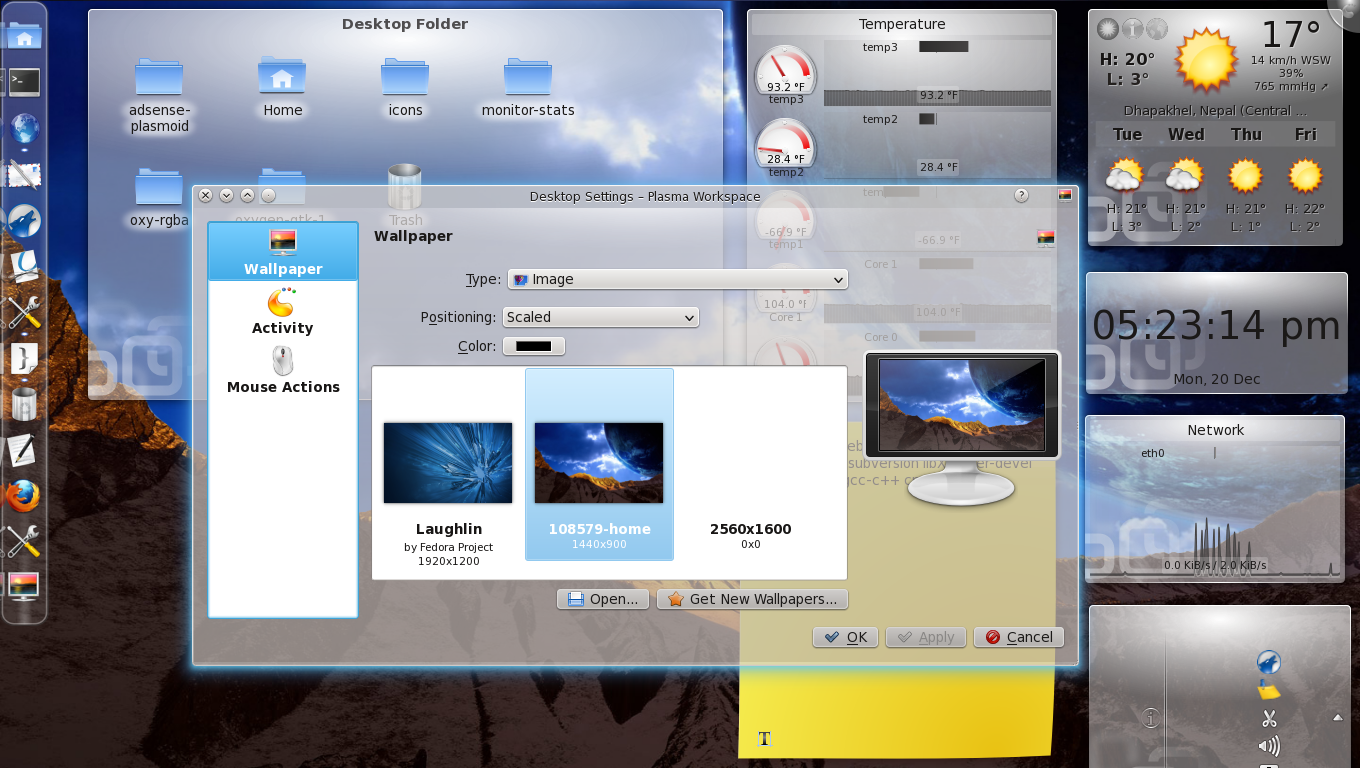 However, before installing, do note what the developer has to say:
– this will erase your current oxygen installation;
– this will likely be erased by any future update of oxygen by your distribution packages;
– again, this is experimental

Having said that, lets continue.

Installing Build Dependencies
Run the following command as root to install build dependencies. To run as root, type “su” followed by your password and then enter the following.

Getting The Helper Script
To make the installation easy developer HugoPereira has written a script available at KDE-Look.org. Download and save the script to an empty directory and make it executable.

To download the currently available version of the script, you can run the following commands:

Running The Helper Script
You can run the helper script (as root or any normal user) by typing in the following:

The script will download the latest sources from svn, then runs cmake and compiles the code locally.

If the compilation is successful, you should get a mesage:

Run the following as root and the new theme should be installed:

That should install the modified oxygen theme.

Log out and log back in to see the changes in effect. Also, after logging back in, you can configure the theme by running oxygen-settings (Alt+F2 and type in oxygen-settings). Open up “System Settings”> “Application Appearance” and press “Configure” to adjust transparency values.