Unity interface is the default interface in Ubuntu 11.04 Natty Narwhal. It consists of the dock and launchers. However, if you don’t like the dock, animations and the interface as a whole, you can just disable it and login to Ubuntu Classic Desktop.

Logout and type in(or select) your username and in the bottom panel, select “Ubuntu Classic Desktop” instead of “Ubuntu Desktop Edition”. When you login next time, the same will be selected by default. 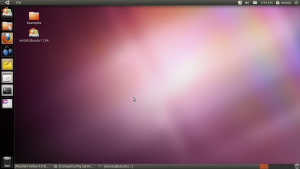 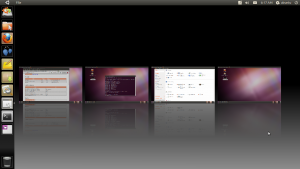 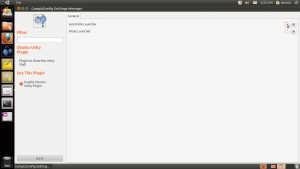 Mark Shuttleworth, at the Ubuntu Developer Summit held on October 25th 2010, has announced that the next version of Ubuntu i.e. Natty Narwhal, which is scheduled to be released in April 2011, will feature Unity Shell as the default interface. The Unity Shell was introduced in Ubuntu 10.10 Maverick Meerkat Netbook Edition.

Additionally, since Mutter has been disappointing, they have decided to change the Window manager to Compiz in Unity interface for Natty. Shuttleworth also emphasized on commitment to use Zeitgeist, which was declared earlier to be a part of Gnome 3 but later rejected.

Shuttleworth said that this change is the most significant change ever for Ubuntu. With control button moved to the left and several small modifications to the default Gnome interface, Ubuntu seemed to part away from the default Gnome interface. This change will help it even more. However, Shuttleworth has emphasized that Ubuntu is still committed to Gnome and these changes will encourage innovation and benefit the Gnome ecosystem.

Since Gnome Shell is still not ready for prime time and Gnome 3 is not coming anytime soon, this change may be refreshing for many Ubuntu users. But Ubuntu can also lose users that are committed to Gnome in the long run. Also, since people resist change, they may want to change the look and feel back to the original Gnome and continue to use Ubuntu. However, many users may move to other distros which use Gnome as is and are contributing in the development of Gnome Shell instead.

Personally, I think this change was required. The Gnome 2.x interface is too old and many users already use docks like Avant Window Navigator or Docky and remove the bottom panel anyways. If Gnome 3 would have made it by now, there would be not much reasons to choose Unity over Gnome 3. However, that is not the case and Unity will provide a visual and usability refresh for those who were bored with similar look and feel. Also, the Compiz Project, which is one of the wonderful things that have happened to Desktop Linux will continue living with the endorsement of Ubuntu.

There will be disappointed people who will speak against the change. But we have always opposed change and will continue to do so. Computerizing your workplace, upgrading from Windows 9x to NT or moving from Windows to Linux, all of these are/were not easy but once it is done, it feels way better. As a Linux user, I am all for positive changes, diversity and innovation.